A 30-something romantic comedy short in which a well-intentioned meddler fabricates a “chance” meeting for her single friend. The story unfolds at a St. Patrick’s Day house party and explores the role of “Luck” in finding one’s soul mate. 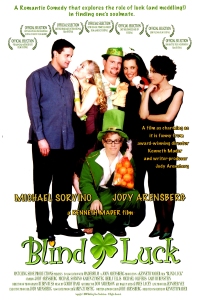